Inequalities in humanitarian and development hiring 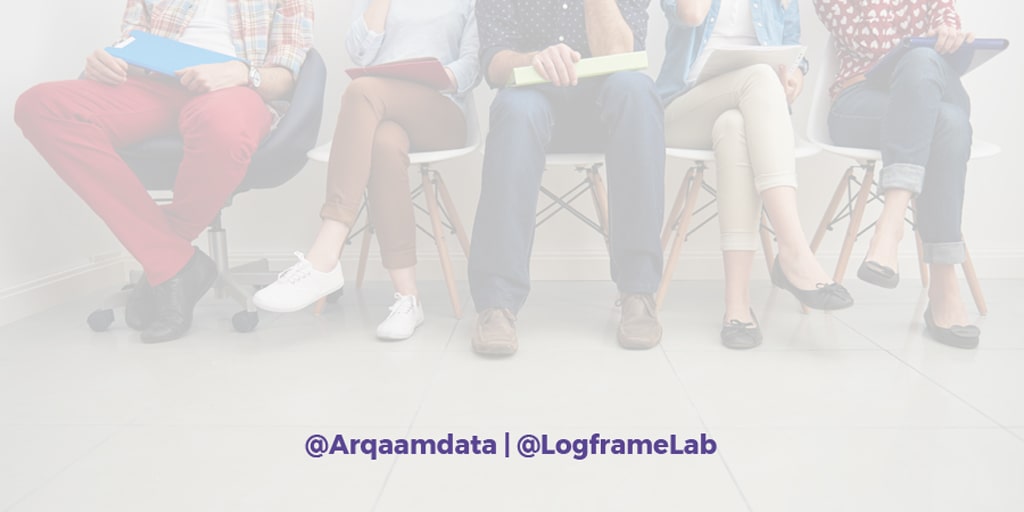 “Covert racism is built into the landscape of development and humanitarian aid. For industries so dedicated to equality, the humanitarian and development sectors have a long way to go in terms of improving equality within their ranks, particularly in relation to development hiring.”

Development hiring and promotion practices today are becoming increasingly demanding. Securing a job can sometimes become a job in itself.

In the past, job seekers might have expected a single interview for a given role. Now, it’s not uncommon for job seekers to undergo two or three interviews for low-level roles. Executive or high-level leadership roles might now expect to undergo between 5 and 8 interviews. Possibly more!

While the rigorous interview process demands a lot from everyone, it’s often not a fair playing field. Many don’t even make it to the start line.

Patterns of racism in development hiring and promotion practices

Covert racism is built into the landscape of development and humanitarian aid. For industries so dedicated to equality, the humanitarian and development sectors have a long way to go to improve equality within their ranks.

This is particularly true of the industry’s hiring and promotion processes. These practices have turned into pervasive, industry-wide patterns. Over time, they have reinforced inherently racist colonial binaries. For example, Global North/Global South, West/East, Developed/Developing* etc. Heteropatriachy drives these patterns, which are also highly sexualised and gendered.

Hidden in plain sight, these patterns might be hard to spot at first. But when you zoom out and take a bird’s eye look at the system, they rapidly become obvious.

These categorisations are not race-neutral.

“The research suggests that embedded under the contemporary professional structure of the liberal humanitarian space is a covert power hierarchy fuelled by perceptions of expertise and competency along racial lines—particularly around one’s whiteness.”

Malpractices in humanitarian and development hiring

Racism is not the only issue inherent to humanitarian recruitment patterns. As this blog post will explore, there are many more. It is worth noting these issues are not unique to the humanitarian and development sectors. Many are prevalent across the corporate and government sectors, too.

However, as sectors supposedly working towards the Sustainable Development Goals – which include objectives like ‘gender equality and ‘reduced inequalities’ – the humanitarian and development sectors need to do better. They could be leading the charge towards equitable hiring and promotional practices. In reality, they often drag their feet and are resistant to change.

1. Unfair/disparities in wages based on race and colonial binaries.

Staff from the Global South, where most developmental activities take place, often earn less compared to ex-pat staff. This is partly because organisations pay local staff according to the local salary standards. Conversely, organisations pay expatriate staff according to the significantly higher salary standards of their home countries. Additionally, expatriates often receive ‘hazard pay’ if they are working in dangerous locations. Local staff usually do not receive hazard pay, even though it is often dangerous for them to take jobs in the sector.

To top it all off, expatriates likely hold leadership positions which inevitably come with higher salaries.

This division of expatriate and local staff is an excellent example of covert racism embedded into development hiring processes. Bian cites:

“As overt forms of racism became more and more unpopular, being perceived as racist became circumvented. Racism was avoided, neglected but not confronted nor really addressed, which allowed racism to be entrenched in the discursive, hidden within minds, perceptions, and seemingly race-neutral structures of hierarchies (Omi and Winant, 2012).”

Sadly, race and ethnicity are not the only bases upon which wage disparities occur. Wage disparities based on gender are common, too. Across the world, women generally make 77 cents for every dollar men earn. There remains a significant gap in research about the representation of women in these sectors. However, a paper written by the Centre for Humanitarian Leadership 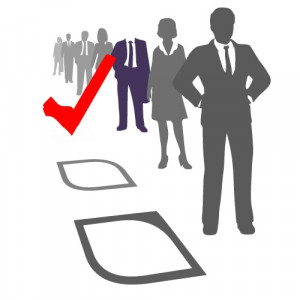 indicates that the humanitarian and development sectors likely fare no better than other sectors.

Overall, the career inequalities women – especially of reproductive age – face in standard labour markets seem more severe in the humanitarian sector. Safety concerns and mobility needs are higher. Furthermore, depending on the recruiter’s healthcare policy, the standard of healthcare can be lower in the field.

3. Candidates from the ‘Global South’ overlooked for job offers or promotions, as their credentials are deemed inferior

The issue of organisations overlooking candidates for job offers or promotions as a result of their credentials, education or (cultural or gendered) demeanour is highly racialised. Usually, candidates who experience this are from or were educated in the Global South where, stated or unstated, education is deemed second-rate.

Unfortunately, many people of colour have internalised the harmful narrative of Global South education being second-rate. Bian offers a case study in his paper:

“Younus felt that his decade-long experience was not sufficient to qualify himself as an expert in comparison to Andrew, a white colleague “from Europe” with notably less field experience in Africa. His Ethiopian graduate degree seemed also to be not enough—as he indirectly implied that it was not a “good education” compared to one acquired in the West. Although he did not explicitly mention his race, Younus’ response exhibited a certain internalization of racial perceptions that devalued his work and experience as a black, African man.”

People of colour from the global south are often hired for “manual” labour “in the field” type jobs. Alternatively, white Westerners are hired for the better-paid and socially more valued “managerial” positions.

In the West, staff of colour are often hired to diversify the European managerial class. However, as Younes states, the hiring process also comes with a politically charged and Western code of conduct that requires adherence from those small and precarious elites of colour in the West that want to join the international managerial elite of global humanitarianism.

Often, candidates from the global south receive mostly contract-based jobs while ex-pat staff are employed permanently. Tindyebwa Agaba, and another anonymous contributor, cited many cases of international organisations continuously relegating local staff to casual contracts. This pattern can easily turn into a safety issue. Staff on casual contracts don’t usually have access to the same, safe working conditions or decent accommodation that is awarded to permanent staff.

However, such patterns are not limited to humanitarian ‘field work’ in the Global South. A study in the UK (not specific to the humanitarian or development sectors) found that one in six (14.6 per cent) of Black and minority ethnic workers was likely to be in insecure work. This compares to 11.1 per cent of white workers in this position.

The study illustrates the dangers of insecure work:

“Insecure work has an enormous effect on workers. The prospect of having work offered or cancelled at short notice makes it hard to budget household bills or plan a private life. It also further distorts power in the workplace. If you are reliant on the whims of a boss for your next shift you are far less likely to complain about conditions, let alone ask for a pay rise.”

Local staff in the humanitarian sector face the same challenges and dangers as a result of contract or insecure work. Insecurity and precarity are global problems. It is, nevertheless, still the racialized, gendered and those coming from low-income backgrounds who experience the brunt of unfair terms of service. Development hiring practices should not perpetuate these inequalities.

Building on the last point, local staff often aren’t awarded the same perks as their international counterparts. For example, when ex-pats move to ‘the field’ for their role, they are often provided with better housing allowances and transport provisions, and longer holidays and travel allowances. This is usually on top of higher salaries.

Unfortunately, these perks often also extend to the help provided in crisis situations. For example, a Devex article recites a story in which an ex-pat working with Rohingya refugees in Cox’s Bazaar requested the organisation she was working with fly her home at the onset of the COVID-19 pandemic. However, the organisation did not provide or cover transport home for local Bangladeshi staff. Instead, they were instructed to make their own travel arrangements at their own expense. If they elected to remain in their positions and fall ill, they were instructed to call a government hotline.

Such astronomical inequalities have become normalised in the humanitarian and development sectors. This is linked to unfair terms of service, in which ‘workers’ and ‘managers’ are typically determined by race and class. It also points to the ways in which capitalism characterises the development and humanitarian sectors at both the macro and micro levels.

6. ​​The elitism of apprenticeships and unpaid internships 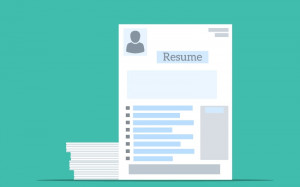 Students or graduates without the financial capacity to work without pay will miss the opportunities internships and apprenticeships provide. This contributes to unequal access to job opportunities and promotions in the long term. Jobs and promotions will likely go to candidates with more experience. Unpaid internships and apprenticeships are usually the easiest way to obtain ‘experience’. As such, it’s easier for people with financial means to obtain ‘experience’ than it is for those with less financial mobility.

The elitism of internships and apprenticeships functions to reinforce the distribution of ‘workers’ and ‘managers’ along racial and class divides. While this is prevalent in the humanitarian and development hiring patterns, it’s not limited to these sectors.

How can the industry improve development hiring?

The Centre for Humanitarian Leadership describes leadership equality as “not about simply having the same number of men and women in positions at the top or in the organisational structure”. Instead, it is about “ensuring there is equal opportunity for both women and men to get there.”

The same could be said for equality along the lines of race and ethnicity in the realm of development hiring and promotion patterns. Hiring equality is not simply about the percentage of people of colour in employment. It’s also about ensuring patterns and systems of recruitment and promotion create equal opportunities for people of all races, ethnicities and classes.

The humanitarian and development sector has a lot of work to do to remove barriers to jobs and promotions for people at the intersections of race, gender, ethnicity and class.

Our next blog post will explore some of the strategies these sectors, and the organisations within them, can employ to improve.

This article cites a lot of its ideas from “The racialization of expertise and professional non-equivalence in the humanitarian workplace” by Junru Bian, published in the Journal of International Humanitarian Action. This article also thanks Arqaam Junior M&E expert Eric Warui, Arqaam researcher and project manager Myriam Zekagh and Arqaam researcher and policy writer Dr Anna Younes for their contributions and ideas.

* Here at Arqaam, we avoid using phrasing such as ‘East/West’, ‘developing/developed’ and ‘Global South/ Global North’ due to the harmful development narratives such language connotes. In this instance, we are only referring to this language, as opposed to endorsing it.