What is the Gender Data Gap, and What Can We Do About It? 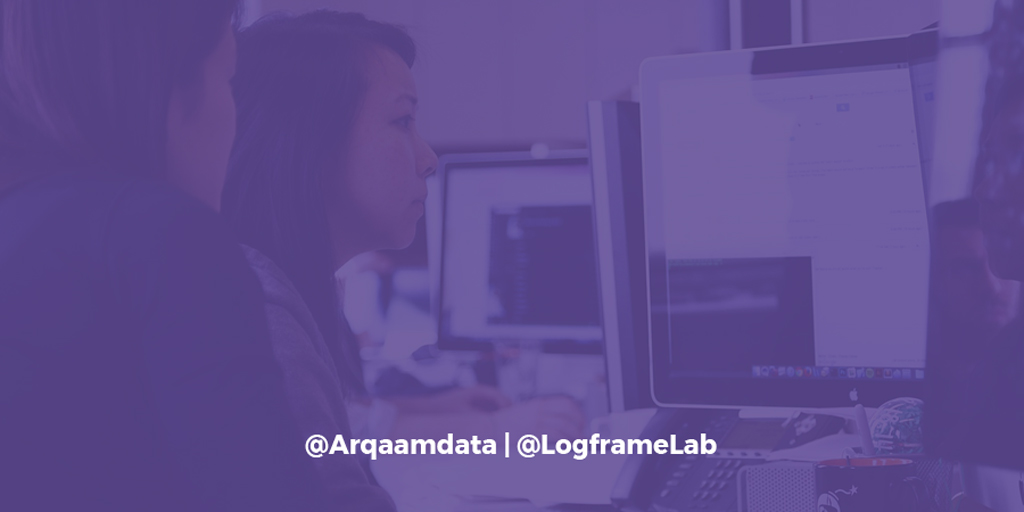 “When we don’t have data, then we make assumptions. These assumptions typically revolve around a generic white man of 80kg. This can be dangerous in so many ways.”

The following blog post uses information from the work of Caroline Criado Perez and her book ‘Invisible Women’.

Data. It’s all around us. Everything we do seems to contribute to increasing amounts of data. But when it comes to using data to design products, systems, or processes, there is a clear gender data gap that has been discussed for years. While some steps have been taken to address this gap, it continues to be a problem. As a majority-female organisation, Arqaam is dedicated to ensuring that the concerns of and data about women are included in all stages of projects by NGOs.

What Do We Mean by the Term ‘Gender Data Gap’? 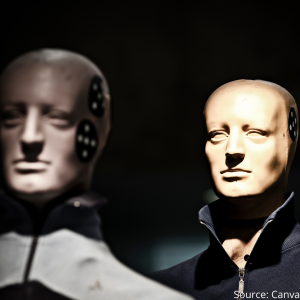 When it comes to designing a variety of products – such as medicines, algorithms, voice recognition devices, and even cars, for example – companies must perform a lot of testing or clinical trials to ensure these products are safe. But when they are testing, the overwhelming majority of data is derived from testing on males (in the case of automobile manufacturers, it’s crash test dummies designed to the specifications of an average male).

Why is this a problem? Because then, these companies claim that the ‘data’ shows that the products are safe for all users. Of course, that assumes that all the users are men. And for a long time, the world – whose population is 49.6% female, according to the World Bank female – has been designed for the average male.

In the humanitarian sector, development projects that do not incorporate data about women – especially information about how the project will impact their lives – into the planning stages can find themselves in deep trouble during the implementation of these projects.

Why the Gender Data Gap Matters

When we don’t have data, then we make assumptions. These assumptions typically revolve around a generic white man of 80kg. This can be dangerous in so many ways. Let’s look at some of the many examples of how this gender data gap matters.

What are the symptoms for a heart attack? Most people will say a pain in the chest, and possibly pain and tingling extending into the left arm. However, according to the American Heart Association, many women will feel nauseous, lightheaded, or short of breath. When men’s symptoms are routinely promoted as the way to recognise when anyone is having a heart attack, many women may ignore the symptoms they are having, resulting in dangerous consequences.

The same goes for when medical research is done on new drugs. Women are not brought into many drug trials, because their ‘hormones’ are too difficult to consider. A jaw-dropping recent example of this was the female sexual dysfunction drug, Addyi. According to the Yale School of Medicine, the FDA required the drug manufacturers to test how the drug interacted with alcohol. The trial was done on a set of test subjects that consisted of 23 men and only 2 women – for a drug that was meant only for women.

“Unfortunately, the development sphere is not any better than their for-profit, private counterparts, even though ‘gender mainstreaming’ has been a buzzword for years.”

City design that focuses on the traditional needs of the ‘male breadwinner’ doesn’t take into consideration mothers who need to drop children at school or childcare centres on their way to work. Housing developments are built far from areas where schools and business spaces are located, whereas highways are designed to provide quick, direct routes only to city centres. Working mothers often have to take ridiculous routes to drop off children, do shopping, and/or go to the office.

In the realm of commercial products, voice recognition systems have poor track records when it comes to women’s voices. Why? Because the systems are fed predominantly male voices as they are being designed and tested. In a suggestion that got him a lot of backlash, the VP of voice technology for auto supplier ATX Group, Tom Schalk, said, ‘many issues with women’s voices could be fixed if female drivers were willing to sit through lengthy training… Women could be taught to speak louder, and direct their voices towards the microphone’ (Time Magazine, 1 June 2011). In other words, fix 49.6% of the population instead of fixing the technology so that it works for ALL users.

Unfortunately, the development sphere is not any better than their for-profit, private counterparts, even though ‘gender mainstreaming’ has been a buzzword for years. There are many examples where data from women is not sought out before development or humanitarian projects are undertaken, resulting in problematic or unsuccessful outcomes. 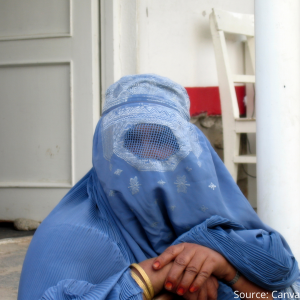 In one case, USAID had a project donating bicycles to women in Kandahar, one of the most conservative areas of Afghanistan. They were flabbergasted to find that women were not using the bicycles at all. Had they fully researched data about women in the region, they would have known beforehand that: women wear burqas: if women leave the house, they are never allowed to leave the house alone; and, most importantly, it is considered inappropriate for women to ride bicycles, as it is believed that the act ‘could do something’ to their hymen. Had this information been collected beforehand, actors would have known that bicycles would not be useful to the women of Kandahar.

In another case, an NGO built pipes to carry water in a particular region of Afghanistan, allowing women to stop having to carry water from the nearby well. Their husbands were asked about the project and loved the idea. However, in the end, the women kept sabotaging the project and destroying the pipes. Why? Because going to the well for water was the only time these women were allowed to leave their houses and talk to neighbours. The construction of pipes to carry water meant women would be ‘stuck at home’ all the time, with no reason to go out and have some social interactions with each other.

Finally, many NGO-led projects aim to improve the lives of women through skill development and training programmes, ignoring the fact that many women are ‘time-poor’ because they are expected to manage the house, take care of the children, and run all errands while their husbands are at work. Having NGOs push them to attend trainings to become ‘successful entrepreneurs’ simply adds to their burden and stress levels.

These are just some of the most prominent examples of how the gender data gap negatively affects women, even in cases where a development project is intended to benefit them.

What Can We Do About It?

The main thing that anyone involved in the collection of data can do is to always disaggregate data – at the very least by gender. When you count people, always ask how many of them were women. Break the data down into a variety of demographic segments to make sure you are including all necessary groups in the decision-making process. 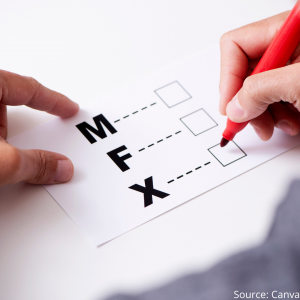 At Arqaam, we completely understand and believe that sex is biological and gender is cultural – and we do not believe in a binary system. Ideally, when you are collecting and analysing data for a humanitarian or development project, you should include all genders that are applicable in the relevant country. For example, in Germany, one can select Male, Female, or Diverse when stating one’s gender. In several countries – including Australia, Canada, India, and Pakistan – there is an ‘X’ option that can be selected for one’s passport, in addition to ‘Male’ or ‘Female’.

While it is important that gender be taken into consideration when it comes to data, we should also be sure to have an intersectional approach to it. Gender is just one segment to consider, but ‘Women’ are not one homogenous group. The group comprises many socio-economic situations, educational backgrounds, marital and parental statuses – in addition to considerations of race, age, religion, and physical abilities.

When decisions are made based on data, the gender data gap is certainly a significant consideration. However, if we simply trade looking at data about ‘the average male’ for looking at data from ‘the average female and male’, we will be ignoring the effects our decisions will have on a majority of the populations of a target area.

It is helpful to know that every donor accepts the fact that including women and other vulnerable and marginalised groups might make programming more expensive. That is okay. The Foreign, Commonwealth and Development Office in the U.K. explicitly says so in their value for money section under equity. Project programming has to accessible to those most in need, not those easiest to reach. This includes additional funding available for women who will need to pay transportation costs to reach a venue, if they are allowed to go at all (specifically in conservative countries). Women also require child care for longer term training, which is a significant additional cost in some areas.

In an article on the Devex website – ‘Gender data: How expensive is it really?’ – Open Data Watch’s Managing Director, Shaida Badiee, says that creating a ‘core gender data system’ that is able to generate gender data indicators for all of the U.N.’s Sustainable Development Goals should be a priority. But collecting gender data can be expensive and time-consuming to do as a stand-alone effort.

The article references the 2019 ‘State of Gender Financing’ paper by Data2X, Open Data Watch, and Paris21, and says, ‘The current gap in financing necessary to sustain a core gender data system in low-income countries is between $170 to $240 million a year between now and 2030’. The article mentions a few financing options, such as taking 1% of existing funds that are being allocated for countries to improve their development to support Sustainable Development Goals (currently about $82 billion) and designating that money for gender data. Another option mentioned is for those who work in gender statistics to ‘look for cost-effective ways to mainstream gender into other surveys’.

According to reliefweb.int, a report from the Gender Unit of the UN Office for the Coordination of Human Affairs stated that there has been ‘progress in utilising and integrating gender analysis into the humanitarian response planning process’ in several Humanitarian Needs Overviews (HNOs) and Humanitarian Response Plans (HRPs), but ‘more progress could still be made, specifically by improving sector-specific gender analysis and the application of that analysis to specific sectoral interventions’.

Humanitarian actions and programmes cannot be designed to benefit only the ‘average’ population of an area, to the disadvantage of all others. Therefore, the gender data gap must be addressed in the context of broadening the collection and analysis of data, in order to include an intersectional approach that will more suitably take into consideration the broadness of the community you aim to benefit with your project.

We must strengthen our will to find ways to accomplish this.